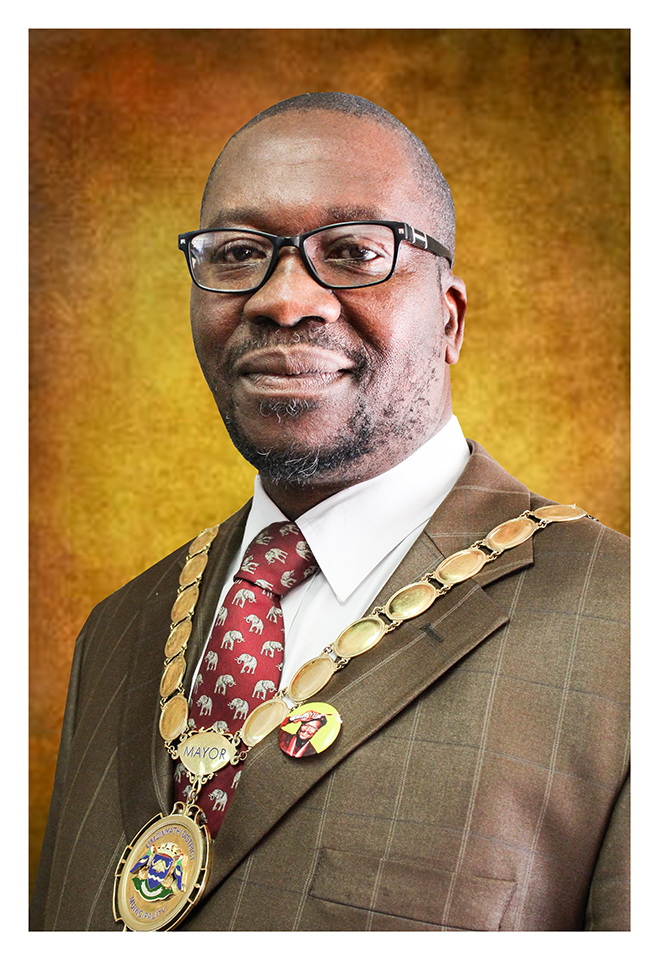 His Worship The Mayor of uMzinyathi

May I take this opportunity to thank my Colleagues in the IFP for nominating me.I am humbled by your support. I accept this nomination with humility. My sincere thanks go to His Excellence, His Royal Highness Prince of KwaPhindangene and Leader of the IFP for the trust given to me.I shall work hard with my colleagues in trying to bring service delivery to the people of uMzinyathi. This is going to be done with the IFP ethos of “Serving People with Integrity”. We shall visit the people and listen to their inputs.
UMzinyathi District Municipality comprises of good arable land. There are big rivers such as uThukela, uMzinyathi, uMvoti, Mpofana and Hlimbithwa River. The people living along these rivers are going to be helped. More and more Local Economic Development Projects are to be developed. The IFP strongly believes in self-help and self-reliance. The IFP Leader has worked very hard in addressing the issues of unemployment, poverty and other social ills.We are going to tap on his teachings and continue to address the plight of our communities. However, you have to now allow me to turn the reasons why we are here today and to explain the problems that were created by fact that came about as we could not function as a council.

The suffering of the communities in Nquthu due to the Local Government Elections held on the 3rd of August 2016 brought about the suffering of the district. UMzinyathi District’s failure to hold political office bearer’s elections made it impossible for the municipality to fulfil its constitutional obligation to deliver services to the community.

The four Municipalities did not get services for almost nine months. Water problems scarcity was felt throughout the district. Sanitation Projects were also compromised. There has been an outcry in all the 4 local municipalities, i.e.Umvoti, uMsinga, Nquthu and Endumeni.

The nine months wasted will never be recovered. A lot of work hard will have to be done. We have to put more effort and more energy, we need to speed up service delivery rapidly.In order for all these things to happen, resources are needed. Honourable Councillors we have to familiarise ourselves with the resources that are there. The budget and the IDP will help us to know about the actual status of uMzinyathi District Municipality.

We have to study the uMzinyathi district municipality organogram. We have to consider these issues as soon as possible.

Honourable Speaker, Acting Municipal Manager this new Council must be helped with the following issues in order to fast track service delivery.

The above three identified items need to be pursued and treated as a matter of priority and I propose that the first seating of Council consider the above without delay.

The Municipal Finance Management Act No.56 of 2003 section 17 (1) and (2) states that: A municipal council must consider the full implications, financial or otherwise, of the annual budget and supporting documentation before approving the annual budget.

(2) When approving an annual budget, a municipal council must in terms of section 24 (2) (c) of the Act, consider and adopt separate resolutions dealing with each of the matters contemplated in that section.

Honourable Speaker, Honourable Councillors and Acting Municipal Manager, the suspension of the Municipal Manager and the Chief Financial Officer has created more suspicions while other activities over the past nine months in the absence of a fully functioning council rendered uMzinyathi District Municipality without political oversight. The recruitment of staff and some expedition in the procurement of goods and tenders was done while the Municipal Manager was suspended and its timing is seen as a deliberate act of opening a space to allow for dubious activities during the bi-elections in Nquthu.

I thank you for your patience. Your vote was not in vain for we shall work hard to speed up service delivery.